Researchers weren't surprised when multigenerational households became more common during the deep recession beginning in 2007. What caught them a little off guard was that the growth in multigenerational living continued as the economy recovered.

The history and reasons for this growing trend are not quite as varied as each family involved, but there are number of factors that point to this growth continuing into the future, which means families and builders must adapt to these changing family dynamics.

Multigenerational History By The Numbers

multigenerational living would have been the norm for centuries as tribes and families stayed together for both protection and economic interests. Migration changed this thinking as younger family members moved to new regions or new countries seeking better economic opportunities.

The industrial revolution and increased emphasis on higher education fueled these trends as youth moved away for jobs or college, never to consider a permanent return to the family nest.

Can Your Home Be Set Up For Multigenerational Living? Get A Free Assessment!

As you would expect, the recession-fueled growth of multigenerational households could be attributed largely to adult children moving home with their parents after a job loss. In order to exclude college students who live with their parents, Pew defines adults as those 25 and older. Their research found that by 2014, the highest percentage of adults living in multigenerational households were adults 25-29, at 31 percent.

An expansion of those statistics showed that for the first time in more than 130 years, "living with parents" was the No. 1 accommodation for 18-to-34-year-olds. These numbers reflect the continued instability in the job market for younger workers.

On the other end of the spectrum, 21 percent of adults age 65 and older and 23 percent of adults 55 to 64 were living in multigenerational homes. These numbers also reflect why fewer older Americans report living alone than in 1990. As the large wave of Baby Boomers move into their retirement years, these numbers are expected to rise.

Reacting to the Multigenerational Trend

With all of these factors pointing to the continued growth of multigenerational living in the United States, public officials and builders are reacting to the necessary changes.

Many local and state governments, such as California, are beginning to allow exceptions to building regulations on single-family lots for additional living structures, also known as "granny pods."

In 2013, according to Forbes magazine, the National Board of Realtors reported that more than half of home buyers ages 55 and older were seeking a home with an in-law suite, up from just 28 percent in 2007. These facilities can accommodate adult children, aging parents or even the caretakers needed for those parents. Home buyers also seek such amenities as separate entrances and extra kitchens to accommodate needed privacy in multigenerational families.

While families, builders and governments must adapt to these changing dynamics, the plus side for these families is that research has proved children raised with close relationships to their grandparents do better in school and life. So while the trend may have come largely for economic necessary, it could carry a greater societal benefit.

What Is Your Next Step?

This trend has many wondering it their current living situation will work for multigenerational living. This year alone we've seen a 150% increase in accessible additions/in-law apartments contracts - proof that this trend is gaining serious attention. If you're curious what your options are, don't hesitate to reach out to Aging In Place Builders to schedule your Free In-Home Assessment, it can't hurt to hear some new ideas from the experts!

Jeff is a co-owner of AIP Builders and the youngest of the family team. His passion lies in utilizing the latest design and technology for staying safe at home. 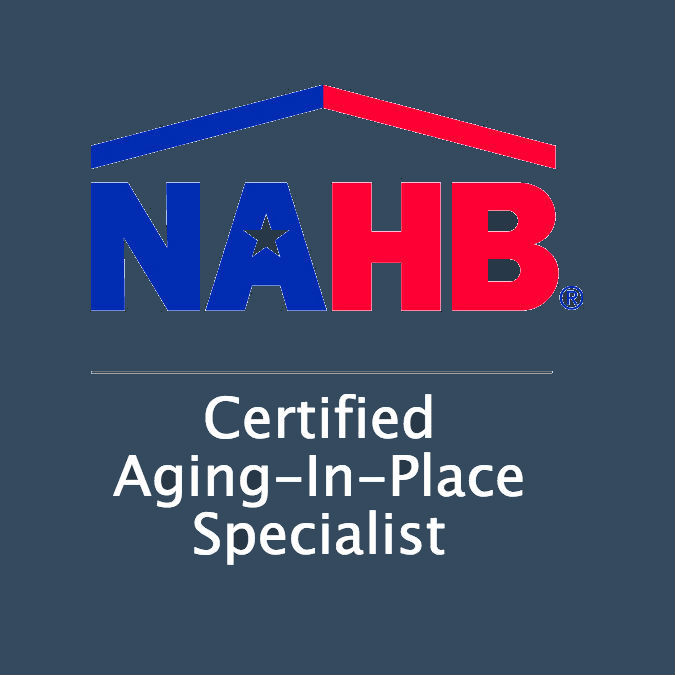 AIP Builders, Inc. specialists call on over 70 years of experience to handle all your design, building, and product needs. We provide a full range of services for all types of jobs, from the simple installation of grab bars to entire home remodeling or new construction to suit your Aging In Place needs.